New Book Giveaway: “The Other Forest” by Danielle Koehler 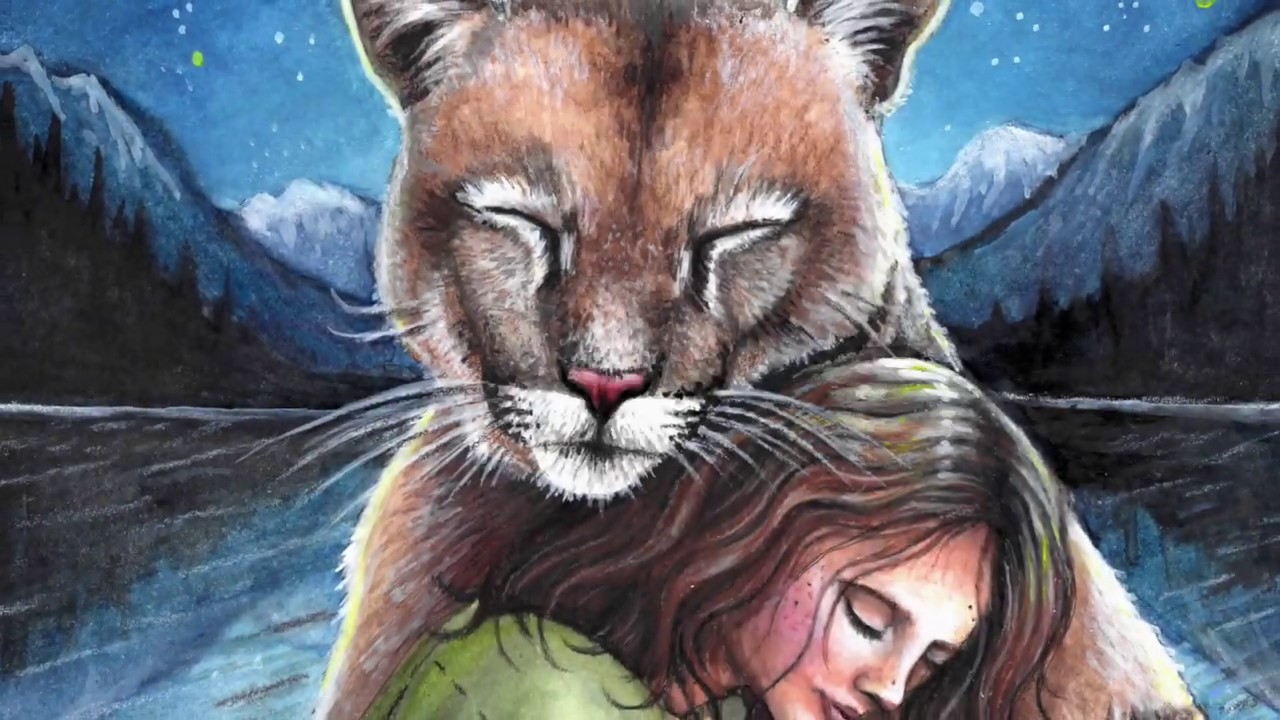 Enter to win a physical copy of Danielle Koehler’s colorful new young adult book, “The Other Forest,” complete with a sticker and bookmarks!

“The Other Forest” is a unique and refreshing young adult story that encompasses different cultures, a love of nature and animals, and beautiful author-created graphics.

In 50 words or fewer, what is this book about?

The Other Forest is an illustrated, magical journey through a Patagonian forest, lake, and active volcano. Grieving her father’s death, Olivia doesn’t realize how angry she’s become until falling into a strange forest where animals can talk and her emotions affect the world around her in spectacular yet terrifying ways.

Who would enjoy reading this book?

What was your inspiration for writing this book?

It started when I first visited Romahue wildlife rehabilitation center in southern Chile where I live. The tour guides walked us through and explained how each animal had come to stay at the rehabilitation center. Tucu the owl was injured badly enough that he couldn’t fare for himself in the wild. Ruda the fox had lost one of her front legs, which was also enough to keep her there. The three pumas at the center at that time, Lolo, Newen, and Ayun, had all lost their mothers when they were cubs and therefore would never learn the skills needed to survive as adults.

Though their stories captivated me, I didn’t immediately grab a pen to write a book about it. My creative expression has always been more focused on visual art, which goes back to my 90-year-old grandmother who continues to make art to this day, and my artist mother and father. So I grabbed some colored pencils and I drew their portraits from photographs my husband had taken. I kept drawing more wildlife after that, but these three were always my favorites. I framed them and hung them on the wall in my office.

That was when it really started. It was like they wouldn’t leave me alone. Every day as I worked, they sat there staring at me, asking me when I was going to tell their stories.

“I’m not a writer!” I responded, but this wasn’t enough for them. They carried on harassing me about it until I finally sat down and wrote a very short children’s story in which each of them had a special “gift” which they gave to a lost girl. It was partially inspired by the local Mapuche stories (epew) where animals often symbolize things like strength and cunning, etc.

I hit save and thought the writing part was complete. I would just slap some illustrations on it and call it done. Well, dear reader, that was almost three years ago. What happened after that was some luck and a lot of hard work.

Do you try more to be original or to deliver to readers what they want?

I definitely didn’t set out to give readers what they want. In fact, I knew that my ending wasn’t going to be the typical “happily ever after” from the beginning, because although the story is fantasy, I wanted it to have a strong ground in reality. I did, however, leave it open for interpretation as to what happens next, which allows readers to fill in the blank with what they want.

And as for trying to be original, I would say the following: It’s hard to put out something that is entirely original, as we have so much media floating around in our brains that influences us in subconscious ways.

People who have read my book say they see similarities to Alice in Wonderland, Narnia, The Hobbit, The Lion King, and they ask me if I intentionally alluded to any of these. The only one that was obvious to me while writing was Alice in Wonderland, since the scene where Olivia’s tears turn into a raging river is very reminiscent of Alice crying a lake. However, that same scene was also inspired by a Mapuche folktale (called epews) in which two children get lost in a storm and are saved by a puma and fox. I personally believe that alluding to other stories is a way to pay respect to those writers, and I always try to be vocal about what and who inspired me in order to give them the credit they deserve.

How do you select the names of your characters?

Newen, Ruda, and Tucu were named after the real animals from Romahue, which I mentioned earlier. All of the animal names are either in the Mapuche language Mapudungun (Newen = strength or energy, Kutral = fire) or are names of flora from the region (Ruda, Boldo, Maqui, Tique). For Olivia and Diego, I needed names that were easy to pronounce in both English and Spanish, and I’ve always loved both of those names.

Do you hide any secrets in your books that only a few people will find?

I’m not sure about “secrets”, but I do include lots of little winks to friends and family. A lot of descriptions were inspired by real places or things. One example is Abu and Tata’s cabin, which is based on my husband’s godparents’ real-life cabin in the woods, powered by solar-panels and heated by a wood-burning stove. It’s one of my favorite places in all of Chile because it’s where I feel the most relaxed and connected to nature.

I originally had the first chapter at the cabin split into two because there were so many little details that I wanted to include to really set the scene for the location. However, I realized that it was more important to get to the action quickly, so I had to kill a lot of my darlings.

There are hundreds of other examples, like Olivia’s bomber jacket, the family call, Miss Jane, several other “cameos” I wrote in, etc. But I think it’s more fun for people to find those for themselves!

What was your hardest scene to write?

The scene when Olivia finally found the courage to speak to Newen about her father dying was difficult for me because I felt an extreme pressure to get it right. I personally haven’t lost a parent, but I spoke with a few friends who had and made sure to write it in the most respectful, yet most real, way possible. I also needed to do all of this in less than one chapter so readers could get back to the action quickly. Once again, I ended up writing a lot more that eventually got cut, but I think the final scene is exactly what I wanted to achieve. I admit that I get a little emotional every time I read it out loud.

Enter to Win A Copy of “The Other Forest”

Where can we find out more about you and your book?

I share a lot on my website, including free coloring pages and other art activities, information about the flora and fauna included in the book, and more.

Links to The Other Forest: